Warren Buffett is famous for being one of the richest men in the world, but he is also known as a great example for his pledge to donate 99% of his wealth.  Over the past few years, he has been working with Bill Gates to challenge other wealthy businessmen and celebrities to relinquish the hold they have on their money for the greater good.

The Power of Giving

I have long been an advocate of giving away money and recommend it before any other financial decision including saving for retirement and establishing emergency funds.  Similar to spending money, giving supports those around us and is an investment in our community when done wisely.  Even for yourself, giving is beneficial as it allows you to prioritize more important things in life ahead of money by making you realize money is just an optional tool that we can use towards our goals.  If you really think about it, money has no direct value to you unless you are out of wood to burn and need paper to start a fire.

I remember as a kid wondering why it was so hard for rich people to give money away.  When I had $10 in a shoebox, I didn’t mind giving $1 away to help others so why couldn’t someone with $10 billion give a way $1 billion.  As I grew older and my wealth increased from $10 to $100 to $1000s, I began to realize how a modest percentage like 10% became hard to give away.  As the numbers get bigger, it’s hard for you to stomach the idea of giving that much away.  This is what makes Buffett’s ambition to get the wealthiest people in the world to give away at least 50% of their wealth so amazing.

Lately, Warren Buffett’s example and hard work has paid off (literally) as forty of the richest people in the world have joined his pledge.  The Giving Pledge list includes well known names like Ted Turner, George Lucas, and T. Boone Pickens among lesser known billionaires like Alfred E. Mann.  On NPR this week, Mann acknowledged that giving his money away is better than leaving it to his family since an inheritance often ruins people.  He also said that he hopes to give it all away before he dies so that he can see the benefit of his donation.

As more and more of the world’s wealthiest commit to giving away their wealth, I’m curious how much of the rest of us will follow suit.  It’s easy to say that these rich people still have plenty to live off of and that’s true, but at the same time, they may be the people most attached to their money.  If everybody who wasn’t a billionaire even pledged to give away 10% of their income, that would have a much greater impact on our world community.

So what do you think?  Do the non-billionaires have the ability to join the Giving Pledge or are we too attached ourselves.  Let me know your goals on giving and how it impacts your life in the comments below or on Facebook.

When you first get a job, change your income, or just start thinking about where to put your money it’s easy to get lost. It’s easy to spend, but if you’re reading this you probably know it’s wise to save. Where should I put my money? How much can I spend? Do I put more in Long term or Short Term savings? All are great questions.

END_OF_DOCUMENT_TOKEN_TO_BE_REPLACED 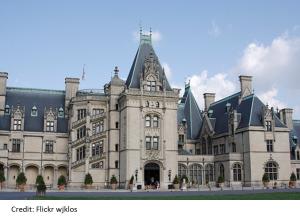 I often sit and wonder how some people get super rich. I’m not stuck on getting rich myself. I’ve learned that being rich doesn’t really mean you’re happy or living out your purpose. Instead, I’m more just curious how, economically, people get rich.
END_OF_DOCUMENT_TOKEN_TO_BE_REPLACED

Being an obsessed analytic, I am always trying new things to help me improve at life. Don’t worry, I do take time to enjoy life, but I want to always be improving. Surprisingly to me, all the books and articles I read that were full of wonderful advice did not have the biggest impact on guiding my direction. Instead, the most impacting activity I did was sitting down with peers and mentors and discussing my life.

END_OF_DOCUMENT_TOKEN_TO_BE_REPLACED

One struggle in my life is motivation. Some people seem to have an abundance of energy, but I on the other hand like to ponder and think and when it comes down to just getting stuff done let’s just say I’m not a natural.

END_OF_DOCUMENT_TOKEN_TO_BE_REPLACED

Alright, before you freak out I’m not a socialist.  The concept I want to convey here is that people often give up their goals for money when really we should be willing to give up money for our goals.  This is in contrast with an objectivist thinker like Ayn Rand who may argue that wealth is the only true pursuit and measure of one’s success in life.  I argue that that is a lie.