A Guide to Public Transportation in Atlanta 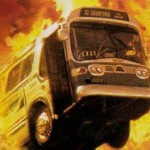 I have always loved the idea of public transportation. You get to sit there and not worry about navigating traffic. You have time to read or if you have an iPhone you can even play games and catch up on the news. Recently, I decided trying public transportation for a week would be a great social experiment. Believe it or not I survived, and after looking back, I realize I learned a lot about myself, people, and public transportation in Atlanta. Here are the highlights.

A Lot of People Use Public Transportation in Atlanta

If you live in a big city up north, you’re probably used to all the people taking trains and buses all around. In Atlanta, a lot of people assume public transportation is a waste and think it is underutilized. I noticed that this isn’t quite the case. Most buses and all the trains are full. Also, I talked to a few people and heard that, obviously, a lot take transportation when it is convenient or saves time, but there are many others who ride it because they don’t like to drive, don’t have a car, or like having time to talk with friends, listen to music, and read.

I actually first tested the idea of public transit when I worked in Kennesaw, GA and lived near Dunwoody, GA (30 minute drive). After a dreadful three hours on the bus, I decided I would purge bus riding from my vocabulary. Now, a few years later and working a little closer to home, I decided I would give it another try. My route consisted of a bus from my neighborhood to the MARTA station, a train downtown, a Cobb (CCT) bus to the stop nearest work, and finally a half-mile walk down the road to the office. All together, the system was fairly convenient. The key was checking out the routes online before I left and talking to friends who had ridden some of the routes I was trying.

Time was another story. Thankfully, my twenty minute drive didn’t turn into a three hour expedition, but the travel times did vary significantly causing some undue stress. Early in the week, when I was motivated to be ready early and jump on the bus before everyone else, I found all the buses and trains arriving on schedule keeping my wait time near nil. Best case trip time was fifty minutes.

As the week lagged on, I began to join the masses at peak travel times as I snoozed in the mornings or worked later in the evenings. At these rush hours (after 7:30AM and 5:30PM), I realized the buses are almost forced to run late as they stop at each stop. Worst was when a bus passed me and another waiting patron informed me that they do that some times when they’re full. This didn’t sit well after waiting forty minutes for a bus that supposedly comes every fifteen. Worst case time was one hour and forty minutes (twice the best).

Google Maps Can Get You There

I recently learned in Chicago that Google Maps provides an excellent trip planner. On my iPhone, Maps always knew where I was and I entered where I wanted to go. The app then figured out what bus was coming and when. In Atlanta, this only works with MARTA, so if you are planning to ride another regional partner like CCT or Gwinnett Transit then you will have to check online for schedules.

Things To Do While Riding

Other than the time spent walking between transfers, I tried to make the most of my time riding and waiting. I figured that if I was reading on the bus it was no different than reading at home, so no time was lost. The only downside is that it’s hard to read if you’re forced to stand or when there’s a lot of noise (music, talking, etc.). In these cases when it’s hard to read, I enjoyed thinking/reflecting, writing, and people watching.

Don’t Take Your Car for Granted

One of my biggest takeaways is how blessed I am to have a car. In America, there are 76 cars per 100 people, roughly 7 times the worldwide average. Cars save us a lot of time and add a whole lot of flexibility to travelling. I hope to never again sit in my car and forget how special it is.

Time is Your Most Valuable Asset

Another takeaway is how valuable our time is. The amount of money you have does not take impact the fact that you have twenty-four hours in a day and a set amount of days to live. While riding public transit I was forced to make the most of my free time so that I could still enjoy my family, friends, and hobbies. If you notice that you have a lot of free time right now don’t take it for granted. Consider investing it in activities that will payoff well over your life. Also, for those of you that already feel overwhelmed think about what you can cut out. If you’re not investing in people and your passions then you may regret it down the road.

My week of public transit opened my eyes to many things. It was hard but beneficial. I may be doing similar experiments in the future, and I would love to hear from you on what you would like to hear about. Send me your ideas in the comments below.