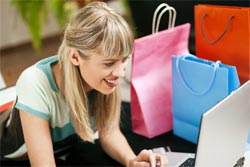 One way to get a great deal on a product or a service online is to utilize Deal of the Day websites. They offer significant discounts on a range of items and services, and typically post each deal for 24 hours at a time. If you subscribe to these sites, you’ll get daily email updates advertising that day’s deals. This niche is over saturated though, so beware of less reputable websites, and keep in mind that most deals have expiration dates attached to them.

1. FatWallet
This website is set up a little differently than most Deal of the Day websites. It offers discounts and cash back rebates from over 800 retailers. And if you check out the Hot Deals section, you’ll find a whole host of lesser-known deals posted by subscribers. It’s at the top of the list because you’re not limited to just one daily deal, and you can search for the specific product you want. Plus, most deals are good nationwide.

2. Groupon
The discounts you can find at Groupon run the gamut from dog-grooming services to tanning salons to flight lessons. There are also coupons for local restaurants, and discounts run as high as 80%. Another thing I like about Groupon is that deals are usually posted for much longer than one day. Purchased deals arrive via email, usually within a few days.

3. Half Off Depot
You might think that all discounts here are fifty percent off, but some deals are discounted up to ninety percent. While most restaurant deals are in the fifty percent range, the travel section is where you’re likely to find the more aggressive discounts. It works similarly to Groupon. If you purchase a deal, it’s sent to your inbox. Deals here also typically last longer than one day. Featured deals could be local to your area or redeemable nationwide.

4. LivingSocial
LivingSocial also has a wide variety of coupons, but seems to focus on household, home improvement, and self-improvement products and services. Their deals are typically local only, but if you get three friends to purchase the deal you want, yours is free!

5. Woot!
Woot is a product-based website and does not deal in discounts for services. Each deal is released at midnight and is good for twenty-four hours or until the item sells out. Shipping tends to be on the slow side, but costs a flat $5, whether it’s for a digital camera or a flat screen TV. Also, the ordering process is streamlined and simple. Once you’ve set up an account, you can usually purchase a deal with just a few clicks.

If the number of Deal of the Day websites is overwhelming, consider using a website such as DOD Tracker, which researches the sites above and many more to bring you a compilation of each day’s best deals. And with every Deal of the Day website you use, be sure to read the fine print for exclusions and limitations. If a discount you purchased expires before you had a chance to use it, investigate your options with the site directly. Most will work with you if you’re unable to use your deal before the expiration date or have any other problems with purchases.

What are your thoughts regarding deal of the day websites?